Horror Show In The Garden 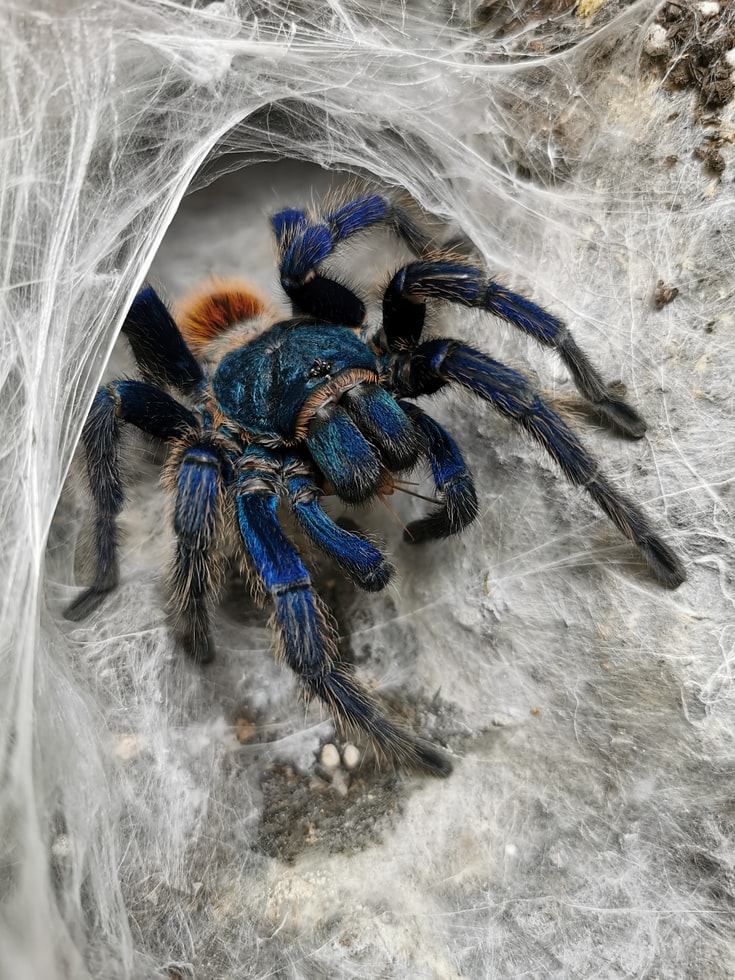 I grew up hating spiders – the way they looked, the way they moved, the way their webs felt when you walked into them, everything. I lived in fear during the summer months, when spiders the size of dollar coins would build mostly invisible webs along the side walkway of the house that I needed to use to take the trash cans out for collection.

As I’ve gotten older, I have grown to respect and appreciate the spiders on my property and their role in preying on insects that are actively harmful to my garden or annoy me inside the house. That respect and appreciation, however, has not dampened the raw fear I feel in my heart when it comes the possibility of them touching me in any way, as I recently found out.

While out doing some landscaping, I found some strange clusters of white bulbs attached to the ivy growing up the back wall of the house. They dotted the entire hundred feet or so of wall covered by the ivy, and I initially believed it to be a new fungal infection. Boy, do I wish I was right.

Upon closer inspection, I soon realized the bulbs were moving. They were, in fact, absolutely teeming with thousands upon thousands of tiny spiders. Upon touching the bulb, which I now realize was a silken nest, they transferred right onto my fingers and began racing up my arms.

Needless to say, I flipped out.

I don’t even know where they came from – as far as I knew, there were never more than ten or so spiders in my yard. It didn’t matter, however: they needed to go.

After showering, I immediately called up a termite company I work with regularly during landscaping jobs, Grand Oaks Termite Control. They do spider removal just as thoroughly as their termite control services, as attested to by their sterling testimonials from Yelp:

I highly recommended Grand Oaks Termite Control.  I had an unusual situation where there were many areas of my wood paneling and roof that were affected by termites and wood rot. I have a decorative tree growing through the front part of my home which makes it very difficult to treat without damaging the tree. When Jason came for the preliminary inspection, he knew exactly how to effectively treat my home without harming my favorite tree. His estimate was very reasonable and his communication was top notch. He kept me appraised of all the curve balls and never stuck me with any unexpected cost. I was very impressed with the workmanship of his teammate Gary who took care of all the woodwork, a true craftsman.

I can wholeheartedly recommend Grand Oaks without any hesitation. – John B., Yelp Review

I am in awe of Grand Oaks Termite Control. Justin and Gary came out and inspected my home and they were punctual, polite and very knowledgeable. I was so worried about my home being infested with termites, but Justin put my mind at ease. He determined that I had an isolated infestation in one room of my home and that there was no need to be tented. He gave me a fair quote and treatment of the room literally took maybe an hour. He explained that the process would not harm my family or cat and termites and eggs will not survive after the treatment. He and Gary came out a week later for the water damage of the affected area. My husband and I are so pleased and grateful we chose this company. Gary did an impeccable job of the repairs that took about 6-7 hours and you can’t even tell I had any termites or water damage. They are both so pleasant and polite and will highly recommend them to anyone. Thanks guys for an outstanding and affordable job. – Carina Z., Yelp Review

I know the spiders probably would have gone out into the world and done some good, but believe me, the very thought of those teeming masses made going into the garden (or outside, at all) out of the question. If you’re experiencing something similar, do yourself a favor and give Grand Oaks Termite Control a call.