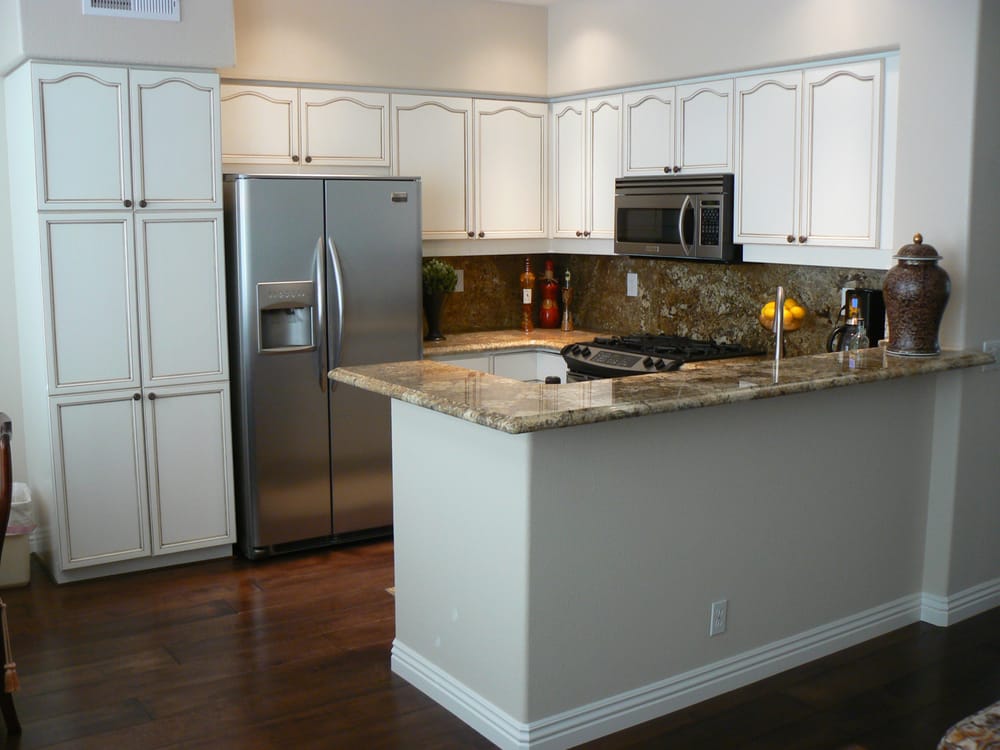 Out of every five people who have gotten their homes remodel, we theorize that three of them will have some kind of horror story to tell you about their experience. Contractors who make dumb mistakes out of pride, ignorance, or from just being in a hurry to get to the next job; ideas that looked amazing in their heads that, when implemented, just looked terrible, and projects that were supposed to take weeks turning into months-long ordeals.

I am one of those three out of five, so today I thought we could spice up the blog with a short little personal story that will illustrate a point. My home was built in the 1970’s, and the design and floor plan reflected the peculiar tastes of that unfortunate era to a T.

As we slowly upgraded the house, we always had our eyes on the layout of the kitchen, dining room, and living room area. The kitchen was small and cramped, with walls that separated it from the conjoined living/dining room in a way that blocked off any real natural light from properly lighting up any one of those rooms.

We wanted that space opened up, and to do that we were going to need those walls gone. After getting a contractor recommended to us by some old family friends, he did a walkthrough of the house and made quite a show of confident bravado about his team’s skill. We hired him on, and about a month later the work started.

Little did we know, he had about three other concurrent jobs, meaning that he had 3 separate sections in his workforce that specialized in different functions and worked in the same house but at different times, so there was little to no communications between them. He himself went on a months long vacation to Mexico, so when a major problem arose, there was no way for one team to communicate with the others.

This major problem turned out to be the south-facing wall of the kitchen. His ‘engineer’ had checked the blueprints for the house and the structure of the wall itself and had determined that it was not load-bearing, so they wouldn’t need any reinforcement in the arch that replaced it. This turned out to be very, very wrong.

Signs started showing up almost immediately, but we didn’t recognize them at first. The post separating the two halves of my closet (directly above the old wall) suddenly became loose, then lifted up off the ground entirely. I chalked it up to the age of the closet, which we were about to replace anyway.

Cracks began appearing around the arch, which both me and my wife found distressing, but not fatal. What force us to recognize what was happening was the hapless guy who was trying to install my new sliding doors for the closet.

In broken English, he told us that the ground on the second story was very strangely slanted, which was preventing the proper installation. At this point, we began realizing that it wasn’t just the post in the closet; everything in that area appeared to be sinking, including our hearts!

Suddenly the cracks in the ceiling around the arch became much more threatening, rather than just unsightly. We hammered 2 nails on opposite ends of the arch and ran a string along it, which verified that the ceiling was bulging downwards.

Incensed, we called the contractor, who did not believe us and initially refused to come back and check. Once we began threatening legal action, he acquiesced, grumbling about it until he saw the bulge in the ceiling and got very pale and very quiet.

In his rush, he had knocked down a load-bearing wall without proper reinforcement. The team responsible for the demo had noticed that the wall needed to be reinforced, but they had no way of contacting him as he was away on holiday and the other workers were not scheduled to come in until the following week.

This, my friends, is why it’s important to screen contractors before you hire them to do the work. Most, if not all, will do everything possible to cut corners or rush the work as much as possible.

If you’re looking for a kitchen remodeling contractor in the OC, look no farther than Inspired Remodels, Inc. With 17 years of experience and a perfect 5-star rating on Yelp, they’ve proven to be one of the most trustworthy firms out there.

You don’t want your next remodel to be a horror story, so do yourself a favor and give them a call: